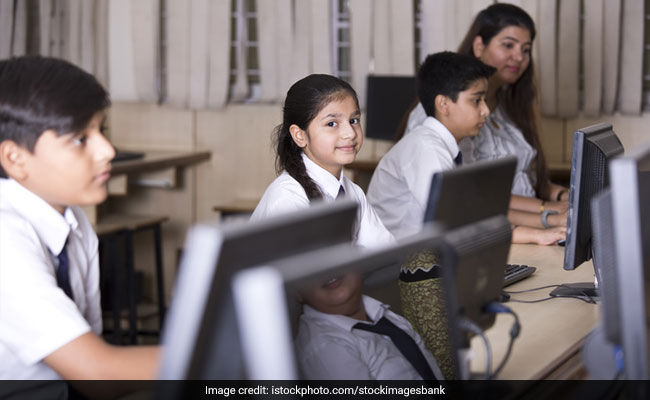 This decade was spruced with new IITs. IIMs and chnage in school education system in India

While there have been many ups and downs in school and higher education this year, this will be known as the decade of new IITs, IIMs, AIIMS and overhaul of the Education Policy. The last few years of the decade have been characterized by attempts from governing bodies to revamp school and college education to address the lack of employability of graduates in India. School Education is on its way to adopt art-integrated approach for teaching.

This decade marked the implementation of Right To Free and Compulsory Education Act or Right to Education Act (RTE) which was enacted by the parliament in 2009 and came into force in 2010. RTE set the mood for the several developments which would mark this decade.

RTE Act was passed by the parliament in 2009 but enforced in 2010. The Act made education free and compulsory for children between 6 and 14 in India. The Act mandates that 25% of the students in every class in private schools shall be reserved for children from disadvantaged members of society.

The Act also mandated that no child should be detained in classes 5 and 8, a policy which was revoked after an amendment was brought about in 2017. The Right of Children to Free and Compulsory Education (Second Amendment) Bill 2017 allows detention of school students in class 5 and 8.

The decade, however, ended with a somber note for RTE. In 2019, government faced protest and representation from many parents and organizations which demanded that the provisions of RTE should be broadened to include education till class 12.

Central Board of Secondary Education (CBSE) took note of the gap in the education being provided and the skills which are needed for higher studies or in the job market and has been gradually revising its curriculum, exam pattern and evaluation methods.

The Board also introduced counseling methodologies including the ‘TAMANNA’ portal and a compendium giving details of courses offered in approximately 900 universities and over 41,000 colleges in the country.

The Board also introduced significant changes in the Board exam pattern to make exams less stressful for students.

The framing of a New Education Policy began in 2015. Based on consultations from several stakeholders, the ‘Committee for Evolution of the New Education Policy’ under the Chairmanship of Late Mr. T.S.R. Subramanian, Former Cabinet Secretary, was constituted, which submitted its report in May, 2016.

A Draft Education Policy, 2019 was submitted to MHRD in May this year which was then put up for comments and suggestions in the public domain.

Some important recommendations in the Draft policy include extension of RTE to cover education form the age of 3 to 18, board like exams for grades 3, 5, and 8, and increased expenditure on Education.

The session was held again a second time in 2019. This time around parents were participants too and the programme was expanded to include students from colleges too.

‘Pariksha pe Charcha’ which has now become an annual event will be held again next year.

This decade also marks a shift in the importance to physical education and sports during school years. CBSE made one period for health and physical education compulsory for classes 1 to 8. CBSE schools also became part of ‘Fit India’ by celebrating Fitness Week in November this year.

The Swachh Vidyalaya Puraskar was launched in 2016-17 to recognize and honour the schools which have done exemplary work in the field of water, sanitation and hygiene.

A Clean school, separate toilets for girls and boys, and potable water are some of the basic provisions made for school children in the RTE Act. The Swachh Vidyalaya Puraskar recognizes schools which have worked to make these a reality and to motivate other schools in following suit.

A Rank of Our Own: NIRF

The purpose of NIRF is to assess and rank Indian education institutes in a context relevant to Indian students.

In 2019, MHRD also announced the first ARIIA or Atal Rankings of Institutions on Innovation Achievement.

In the field of Engineering and Technology education, IITs have been at the forefront, while IIMs are synonymous with world-class management education. For medical education AIIMS remains unparalleled.

To address the issue of quality of higher education, new IITs, IIMs and AIIMS were added to the mix. This decade marked the establishment of 6 new IITs, 7 new IIMs, 11 new NIT, 2 new IISERs, and 8 new IIITs.

In case of AIIMS, the decade started with just one and by the end of 2019, admission process is being conducted for 15 AIIMS.

The Last Decade With UGC

HEFA or Higher Education Funding Agency was set up in 2017 by the Central Government as a non-profit, Non-Banking Financing Company (NBFC) for mobilising extra-budgetary resources for building crucial infrastructure in the higher educational institutions under Central Government.

In 2018, MHRD introduced the Repeal of UGC Act or The Higher Education Commission of India Act 2018. The new act will replace UGC Act 1956 and will shift the grant distribution power to the Ministry of HRD.

One Entrance For All Institutes

In 2011, the pilot computer-based test was conducted for AIEEE (All India Engineering Entrance Exam). This was then followed up in the consecutive years. In 2012, Common Management Admission Test (CMAT) was introduced as a single gateway for admission to all AICTE approved management institutes.

From 2013, the government approved single engineering and management entrance examinations in order to reduce psychological, emotional, and financial stress of students who, earlier, had to appear for multiple entrances in a short span of time.

In 2017, the National Testing Agency was established which has now taken over as the authority which conducts several national level entrance exams such as JEE Main, NEET, CMAT, GPAT etc.

In this decade, several initiatives were launched to promote research in the country. IMPacting Research INnovation and Technology (IMPRINT) is a first-of-its-kind Pan-IIT and IISc joint initiative. This initiative funds projects which address pressing engineering challenges of the day.

The Step To Digitization, Digitalization

This decade will also be remembered as the decade of advent of computers in every aspect of education. Regular classes were replaced with smart classes in several metro cities.

In 2015, Government of India launched DigiLocker service under its Digital India initiative. The service is used by education boards like CBSE, CISCE, NTA etc. to deposit certificates and mark sheets and other documents of students.

For education in India the decade was eventful with several iconic regulatory bodies being shown the way out and newer ones taking their place. The decade was huge on developments which fused technology with education. In school education, the decade shifted toward a more student-centric, skill-based, and learning-based system.

Educational Media has always been an integral part of the literacy missions launched in the country. This decade was the decade when educational media was taken a notch up.

In this decade Massive Open Online Courses became a huge hit with Government of India taking the plunge through its SWAYAM portal, a platform to hosts courses which are taught in classrooms from class 9 to post graduation.

Another similar initiative is Global Initiative of Academic Networks (GIAN). GIAN portal delivers courses designed and taught by academics from around the world.